Heads I win, Tails You Lose; Flipping Out Over Social Class

Today we played a coin flipping game from the ASA's Teaching Sociology that is a metaphor for social class in the United States.

Rules:
You must find someone to wager against and continue wagering until I say stop or someone goes bankrupt.

Take turns flipping and wagering (one person picks the wager and one calls heads/tails).

If you go bankrupt, take a reflection sheet - you may work on this alone or with a partner.

Predictions
What are the chances of winning each flip?

Everyone starts with three coins, what do you think will happen as the contest goes on?

Debriefing
The exercise was a metaphor for social class.

The exercise resembles real life in a number of ways:

Fair and Equal
1. Like life in the U.S., the  exercise had the appearance of being fair and equal - everyone had a 50% chance of winning.  The U.S. is an open system - not a caste system or closed system of slavery.  It gives the impression that everyone has an equal chance and that the system is fair.  The coin flip metaphor seems like everyone has a 50-50 chance to succeed.  This is true for U.S. society too.  From Jen Hochschild's book, Facing Up to the American Dream,  Americans believe in the "American dream;" success is attainable for anyone.  However, just like real life, the coin game takes a little luck.  If you are lucky enough to be born in wealth, it is an advantage just like being lucky to win early in the game. 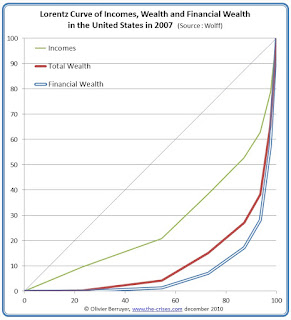 2. However, our system is called a social class which is made up of unwritten rules.  The way the rules are written, the money will flow to the top with just a few having most coins and most people having very little.  (See the graph at the right from here)

More Money, More Problems?
3. The more money you have the more opportunities you have.  Donald Trump's corporation filed for bankruptcy at least 4 times, but he had enough wealth and power and prestige to recover from the bankruptcies.

Middle Class
4.  The difficulty of the middle class.  Most Americans claim to be in the middle class.  People making $30K per year to people making $200K per year claim to be in the middle class.  However, defining the middle is difficult because there is so much money skewed to the top and there are so many people at the bottom.  Even though the game has the appearance of being an equal 50-50 chance, the rules favor a channeling of wealth to the top.  Everytime we play this, the outcome is similar: most money at the top and most people at the bottom with very little money.  This is true in real life as well as the metaphor.  Here is a graph showing wealth distribution in the U.S.: 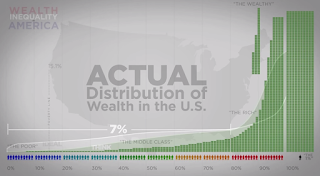 Compare this graph to a graph of the coin distribution at the end of the game.Some of the specific similarities include:How difficult it is to define the middle class.The huge disparity between those at the top and those at the bottom.The large number of Americans who have no wealth/no coins.


Because Americans hate the idea of a class system, most Americans prefer to think of themselves as middle class.
However, rather than being a society of equality or a society of people in the middle, American has the highest rate of poverty among the 17 leading industrial nations.  Most wealth is at the top in the hands of very few people and most people are at the bottom with very little.

In Summary
To summarize, most U.S. citizens do not like the idea of social class. They will not acknowledge the rules that create the distribution of wealth that we see in the exercise. But the reality is that our wealth and even our income in the U.S. resembles that of the coin flip metaphor; a few individuals at the top with enormous wealth and income and most people at the bottom making very little (comparatively).

And the "rules" of our society help to create that dynamic. By "rules" I mean the opportunities and obstacles that we face based on our social class.

How is this activity a metaphor for the American class system?

Ways of Blogging (other soc blogs) 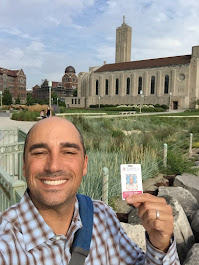